Resistance Is (Not) Futile

Electronics is a complicated subject with lots of different types of electronic components. Electronics as it is applied to the IoT or digital electronics in general is in fact a much simpler subject. In particular you can master it with a knowledge of just a small number of devices - the resistor being the number one. In this chapter we look at the basic ways that electricity behaves and how resistors control it. 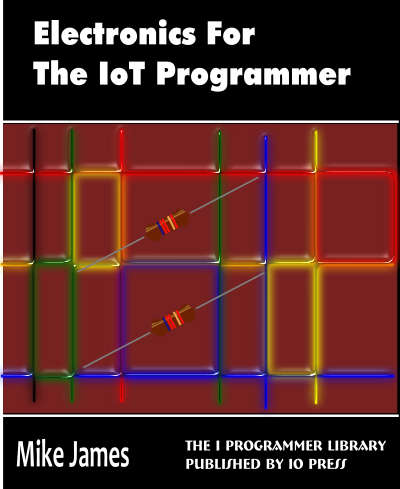 This is a chapter from our ebook on electronics as applied to the art of digital design or the IoT.

The full contents can be seen below. Notice this is a first draft and a work in progress.

Electricity is a mysterious thing - because you can't see it but it definitely does things. You can try to understand it in two distinct ways - using nothing other than math or you can try to gain an intuition in how it behaves. In practice most electronics engineers use both ways to understand it but beginner often have to fall back on the math because they lack any intuition. In fact it is easy to understand many aspects of electricity simply by thinking about things in the real world that we do understand.

In this chapter we look at the simplest behavior of electricity and compare the way it behaves to the way that water flows - the hydraulic model of electricity - and on the way discover how to calculate resistor values to limit its flow.

One of the things that confuses the beginner is the way that electrical things are described in terms of voltage and or current.

Why does it take two things to sum up electricity?

Electricity is the flow of electrons, negatively charged particles, in a wire. This is very much like the flow of water or any fluid in a pipe.

If you want to characterize the flow of water in a pipe you might want to state the flow rate - the amount of water per second flowing in the pipe.

What is the second quantity that characterizes the flow of water in a pipe? The answer is pressure. This isn't as familiar a quantity as flow but you do have a basic understanding of it. If you have a wide pipe you can have a lot of water flow at very low pressure - the water flow out of the pipe is very gentle. Alternatively you could have a very narrow pipe and force the same amount of water out of the pipe at high pressure. The flows would be the same but the high pressure hose would knock you over with the violence of its flow.

The equivalent of pressure in a pipe for electricity is Voltage and it is measured in Volts.

The relationship between pressure and flow and voltage and current is a close one. Pressure is what forces the water thought the pipe and voltage drives electricity though wires.

Notice that you can have pressure and voltage without any current flow at all. For example, close the valve on a hose and there is pressure trying to force the water out - but no flow. In the same way you can have a 9V battery with no wires connecting it to anything and so no flow.

So far things are simple but there are many subtle things about electricity that you can understand by thinking carefully about pressure and flow and using this to understand voltage and current.

If you have a wire then it can vary in how hard it is to get electricity to flow though it. This is the same as having pipes of different diameters - narrow pipes have more resistance to flow than fatter pipes.

So it is with electricity and the how hard it is to force electricity though something is called its resistance and this is measured in Ohms.

The relationship between pressure, resistance and flow is the same for water as it is for electricity and they are governed by a form of Ohm's law. This basically says that if you put a voltage V across a resistance R then the current that flows is given by:

For example suppose we have a 10V battery and a 1 Ohm resistor what is the current that will flow?

The answer is 10/1 or 10 Amps - which is a lot of current for most electronic circuits.

Being able to use Ohm's law to work out current is perhaps the most important skill when working with electronics. The reason is simply that most components have a limit on the amount of current they can have flowing though them or can supply. If you arrange things so that they carry or supply more than their maximum then the result is generally blue smoke and a bad smell.

If you want to avoid burned components you need to use Ohm's law to check that the current is low enough.