Raspberry Pi IoT In C - Introduction To The GPIO

This purpose of this program is to just let you check that everything is working - the functions used will be explained in detail later.

Start a new project, call it Blink, and make sure you add the bcm2835 library to the linker options - right click on the project and select properties, select Build,Linker in the dialog box that appears, click the three dots in the Libraries section, click Add Library and specify bcm2835.

Then enter the program:

Don't panic when NetBeans initially shows you lots of errors. If you build or run the project NetBeans will take notice of the header files and stop worrying about identifiers like bcm2835_init(). Once the project has been built NetBeans knows all about the new library and will syntax check and offer code completion hints.

Even though you don't know much about the library just yet you can see that the general idea. First we try to initalize the library. If this works GPIO pin 7  is set to be an output and then the loop turns it on and off (high voltage then low) with a dearly of half a second.

The library uses physical pins rather than logical GPIO numbers so RPI_GPIO_P1_07 is pin 7 on connector P1. 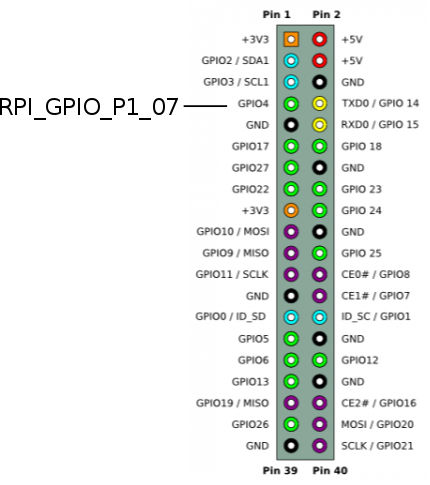 If you want to connect an LED to see the "blinking" for real then this is easy enough but you do need a current limiting resistor - 270Ohm is a good choice. 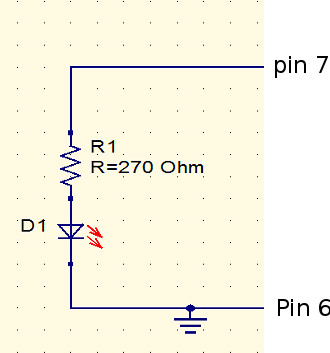 How you build the circuit is up to you. You can use a prototyping board or just a pair of jumper wires. 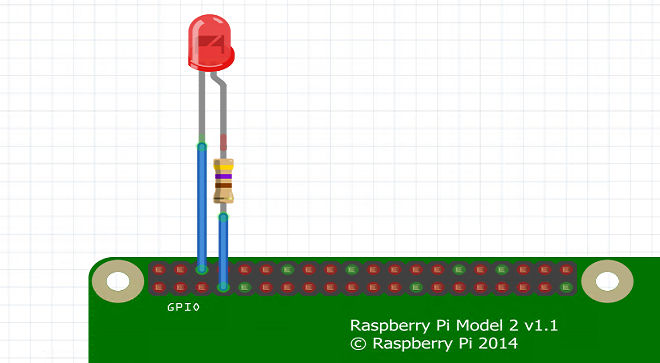 If you can't be bothered to go though the ritual of testing "blinky" with a real LED then just connect a logic analyzer to pin 7 and you will see the one second pulses.

All you have to do to run the program is click the Run icon or press F6. This downloads the program to the Pi that is the Build Server for the project and then runs it on the same Pi. If you try this with Blink you will see the LED blink or the Logic Analyzer will show the output pulse train.

The next question is how do you stop the program.

This clearly isn't a good idea for programs that are interacting with GPIO lines.

You have to explicitly stop the program before you run it again. To do this simply click the red stop button down in the output window:

You can also see that there is a program running from the status bar at the bottom of the window:

This is the minimum you need to know to run a program using NetBeans. The important topics of debugging and creating templates will be discussed in a later chapter.

The one thing that drives every programmer mad are the different ways of referring to the numbering of the GPIO pins.

There is the physical pin number i.e. the number of the pin on the physical connector and the logical GPIO number that is assigned deep in the hardware.

Another problem is that different generations of Pi have modified the pin layout slightly and there was an extension in the move from Pi 1 to Pi 2 and 3. In most cases the changes are slight and if you stay within the first 26 pins of the GPIO connector then you don't even have to worry if your program is running on a Pi 1, 2 or 3.

The standard connector for a late generation P1 is: 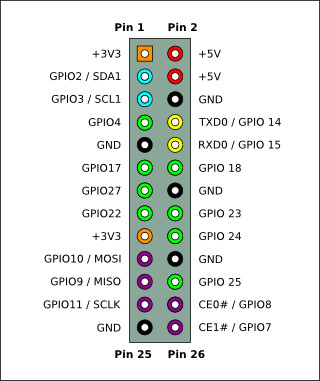 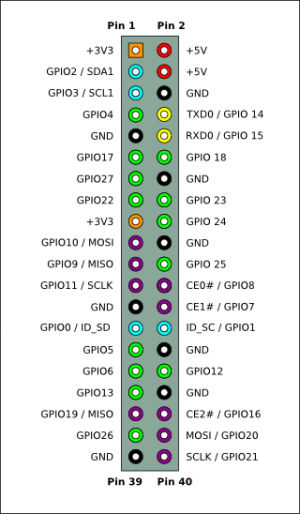 The bcm2835 library works in terms of the GPIO numbers defined by the processor. However it also provides an enumeration which allows you to work in terms of the physical pins. For example in the blinky program the instruction:

set the GPIO line connected to pin 7 on connector P1 high. If you look at the code for the enumeration you will discover that RPI_GPIO_P1_07 is defined to be 4 which corresponds to GPIO 4 which is indeed connected to pin 7. You could have used:

You can see that this can be confusing but the change in the pin outs is also confusing. If you are using the Pi Compute module then don't just he enumeration simply use the GPIO number.

RPI_BPLUS_GPIO for all modern Pis from the B+ on.