Arduino have just announced that the latest version of the well known IDE has been releases in beta for you to try out. 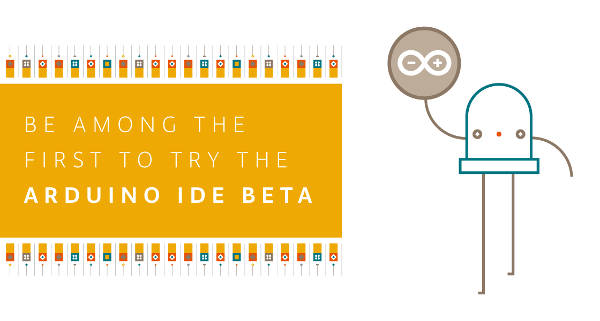 It is arguable that Arduino is only a big sucess because of its IDE - simple and easy to use. However it isn't perfect and over time it has evolved to deal with more and more platforms. The latest version is now in beta and the Arduino blog  says:

As you may have noticed, we’ve been continuously removing functionality from the Java package, and migrating them to a collection of external tools. We began this project by moving the build logic to arduino-builder, which now also powers the Arduino Create infrastructure.

We think that this split will keep the tools manageable, while giving a chance for third parties to integrate them into their products without the burden of a full-blown IDE.

There has also been a lot of work on the new arduino preprocessor. It is the preprocessor that makes writing code for the Arduino easier so it is an important component.

The beta branch is quite peculiar as well, because precompiled binaries generated from this branch will be available directly from the arduino.cc download page. We noticed that nightly (or hourly) builds are insufficient to spot a whole class of bugs, which may harm non-developers, users with non-latin charsets, and so on.

Being marked as experimental, the beta branch will not be ready for large-scale deployment (although it will probably be okay for everyday use); thus, we won’t provide a Windows exe or a signed OSX app. However, we hope that many people will test it and report bugs and impressions, so we can merge it safely into master in the near future.

BE AMONG THE FIRST TO TRY THE ARDUINO IDE 1.9 BETA