The Arduino IDE has been updated with an up-to-date bundled toolchain for AVR that includes new features from Atmel, GCC and AVRDUDE, and the new features have been shared with Arduino Create, the new cloud-based IDE. 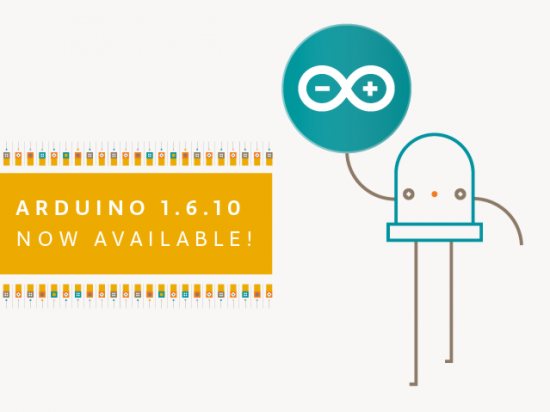 "The most notable feature of this release is the introduction of an up-to-date bundled toolchain for AVR containing the latest goodies from Atmel, GCC and AVRDUDE devs."

Of those, the AVRDUDE update adds support for a range of microcontrollers and debuggers, simplifying some deployment options. Specifically, the developers say that problems with Gatekeeper on Mac and dependencies on Linux should now be a thing of the past.

The command line builder utility has also been improved. The builder can be used to compile Arduino sketches, and can parse Arduino hardware specifications and produce compiled sketches. An Arduino sketch differs from a standard C program in that it doesn't need a main as this is provided by the Arduino core. The builder tool generates function prototypes and gathers library paths, providing gcc with all the needed -I params.

It has been improved in the new release to overcome problems encountered in earlier releases. According to a blog post from the developers:

"You’ll never have to worry again about encountering weird errors if you need to use C++ advanced libraries."

The improvements have all been shared with the new cloud-based IDE, Arduino Create. As we reported in June, Arduino Create is a new platform that is designed to eventually replace the existing Arduino development platform.

Other improvements to the new version include better error reporting when an upload fails, and an easier way to include libraries that have many header files.