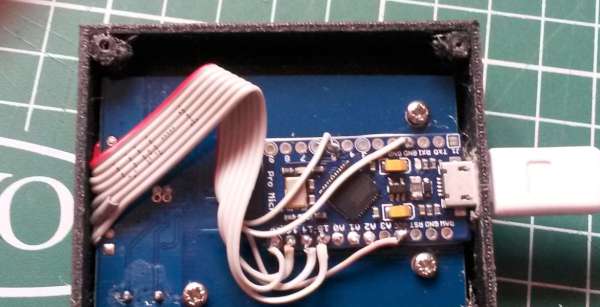 I wanted a simple way of quickly logging on to my computer without having to typing my password in and did not want to have no security either.

here are various products on the market that would solve this problem from fingerprint readers to proximity dongles but i decided to see what i could knock up with parts i mainly already had.

Also an 3.3v arduino Leonardo clone aswell based on a sparkfun pro micro which also can act as a USB device such as a keyboard. This is useful as if a 5v arduino was used a level shifter would be required due to the RC522 not being 5v torrent.

When the chosen cards is presented the arduino will act as a keyboard and simply type the stored password in followed by a carriage return .